An exclusive collection of 186 suites, one, two and three bedroom luxury apartments within a modern classic building on the south bank of the River Thames. As the centrepiece of the exclusive Albert Embankment Plaza comprising The Corniche and Merano Residences, the apartments in the final phase of The Dumont enjoy extraordinary views towards the Houses of Parliament, the London Eye and the City.

This new riverside address boasts an enviable central London location in Zone 1, enriched by the very best in architecture, interior and landscape design delivered by St James, a member of the Berkeley Group. The Dumont is named after the highly collectable work of Royal Doulton, which was once based in the area.

This welcoming riverside address is situated in one of the most sought after districts in the capital. The Dumont is part of a trio of buildings on the Albert Embankment, which enjoy inspirational views over the Palace of Westminster, Big Ben, The City and beyond.

The local area is host to some truly great cultural attractions, including Tate Britain, the London Eye and the South Bank Centre. Mostly, though, people flock here year after year to drink in the atmosphere and experience first-hand one of the most exciting cities in the world.

What makes The Dumont really distinct is its dedication to the well-being and happiness of its residents. It’s a place to call home, running in quiet contrast to the excitement of life on its doorstep. Residents of The Dumont access to a swimming pool and spa, and - so as to aid the very best in modern recreation - a private cinema, games room and bowling alley. In short, the ideal place to unwind and express yourself at the end of a busy day. There’s also a bar, lounge and roof-garden, plus a 24hr concierge service and onsite parking. Transport links are, as you’d expect, all excellent, making The Dumont a real oasis of calm in a remarkable and welcoming neighbourhood.

If you are interested in UK property investment, please scan the QR code on the left side and add our consultant’s WeChat to learn more.

Transport
There are a wide range of convenient transport links close to The Albert Embankment including Vauxhall Underground Station (7 minutes walk), Westminster Underground Station (20 minutes walk) and the new Nine Elms Underground Station on the Northern Line Extension, which will allow easy access to Crossrail at Tottenham Court Road. The new Crossrail Elizabeth line will shrink journey times between key parts of the city, essentially creating a shortcut between Canary Wharf, the City, the West End and Heathrow Airport, putting everything on your dorrstep.
Destination
Time
By
Vauxhall Station
7min

Area
Designed by the internationally recognised David Walker Architects, The Albert Embankment is oriented to maximise its unique views, the design enables residents to feel truly part of this great city, whilst also creating an oasis from the hustle and bustle. The elegant, contemporary style of the architecture flows into the interiors to create stylish apartments designed for modern living.

The Albert Embankment, on the south bank of the Thames, is set to become one of London’s most exciting new neighbourhoods. Covering the stretch of the Thames between Lambeth Bridge and Vauxhall Bridge, the Albert Embankment offers some of the most famous views across London, most notably the Houses of Parliament and the London Eye. Given its central location in zone 1, excellent amenities and riverside aspect, Albert Embankment is becoming one of London’s most sought-after residential areas. Together with some of the world’s leading architects, designers, artists and developer. St James is transforming the area into a visionary new place to live, work and play.

The area known as the South Bank is a short walk from Albert Embankment and has been synonymous with world-class arts and culture for many decades, with venues for cutting edge art, theatre and music. This unique combination of modern and classic art is what makes the South Bank a central place for thought-provoking and inspiring culture. 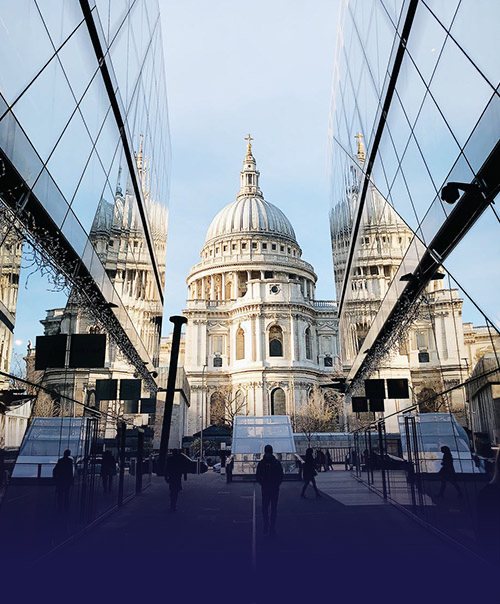