After a busy October, Crown Home Letting continued to perform well in November. As we analysed in our last report, the London rental market remained hot last month. Analysis of the combined October and November data shows that there is still a backlog of applicants and surplus demand for rental properties with some applicants still unsure of their preferred properties, budgets etc.

Below is our rental analysis report for November that has been gathered from our own platforms as well as the data on mainstream platforms.

01
Report summary
After summarizing the data of our three main rental consulting platforms, Little Red Book, Rightmove (the largest rental website in the UK), and the Crown Home Buying & Letting (CBHL) official website, we found the number of tenants inquiring throughout November was 218, an increase of 45.3% month on month. The number of enquiries remained high between the 10th and 15th of the month, with the highest daily number of enquiries reaching 15. From these inquiries, international students continue to occupy the majority accounting for 59% and 41% of these inquiries are working professionals, this is a slight increase of 7% from last month.

Through the statistics of the three mainstream platforms, we found that the number of inquiries from Rightmove and Little Red Book increased significantly, with a sequential increase of 44.3% and 54.9%. This confirms the increasing demand of the London rental market, as well as showing success in our promotional efforts.

According to the data, the general areas of applicant demand for rentals remain the same: 75% in Central London, 20% in Canary Wharf and South West and 5% in East London. This also means that, in a highly saturated London rental market, there is no significant change in the areas that applicants' are interested in.

02
Breakdown and analysis of rental demand
In Central London, the main areas of focus for applicants are the City of London, Waterloo & Vauxhall, London Bridge, Wapping and Mayfair. However, when this is compared to last month's data, we see that the clear areas of interest for applicants are quietly shifting to the fringes of central London. For example, Tower Bridge and Waterloo, tend to be applicants who once lived in and now want to be close to the City of London.

London Bridge and Wapping attract a lot of inquiries from Kings College London (KCL) students and those working in the financial city. For example, the most popular apartment is Cashmere Wharf - London Dock, which is attracting a lot of applicants due to its new community facilities and convenient living resources. Another reason is that the rental prices are slightly lower than those in the City of London, which makes it highly competitive.

On the other hand, Waterloo and Vauxhall, along with being a London transport hub, also attracts a lot of inquiries from neighbouring universities as well as universities in north London like University College of London (UCL). This shows that in a highly saturated London rental market applicants are flexible and rational about location and budget. They are more willing to choose properties that meet their needs by widening their requirements and changing their commute. 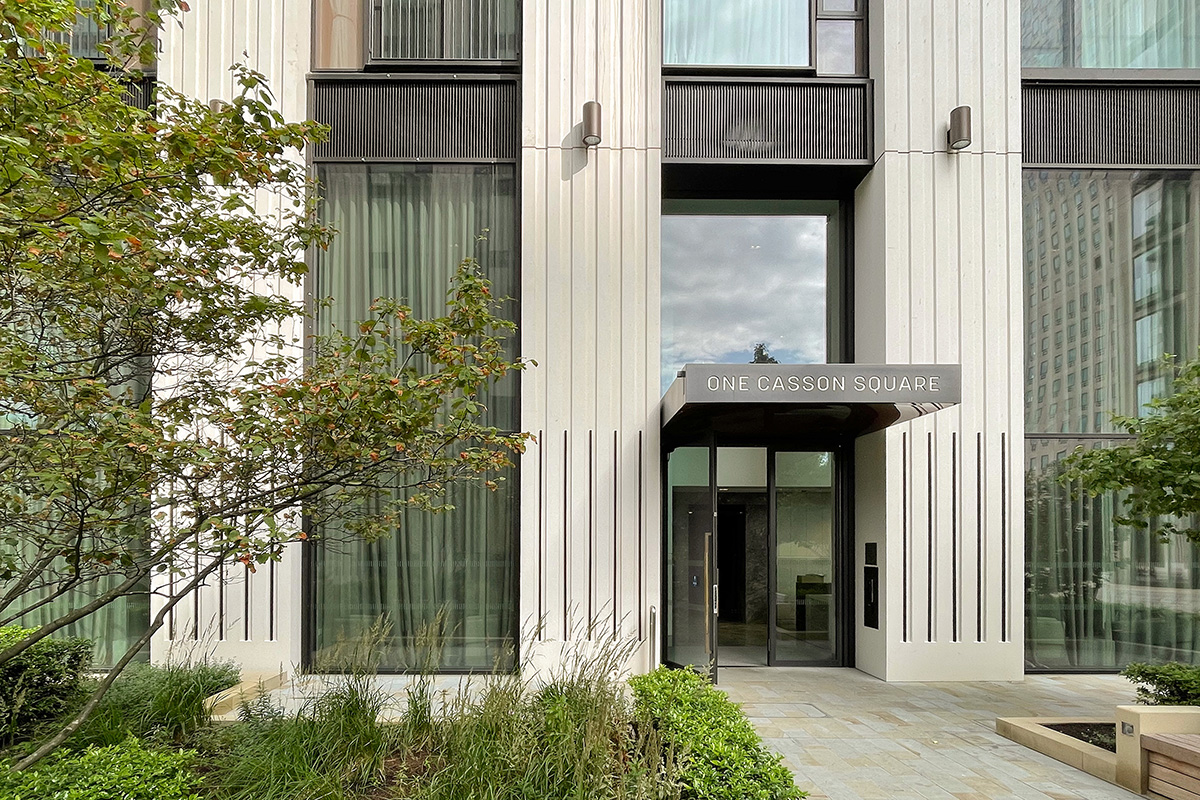 A comparison of applicant budgets over the last two months shows that there has been no significant shift in rental budgets. In November, the budget range for one-bedrooms was £415 per week to £880 per week, with an average of £608 per week which was almost unchanged from the previous month. Two-bedroom budgets ranged from £590 per week to £2,000 per week, with a median of £893 per week, a slight increase from the previous month.

By comparing the data in more depth, we also found that students' budgets are slightly higher than those of professionals. One-bedroom and two-bedroom apartments are 6.65% and 3.83% higher, respectively. This could suggest that working professionals have a clearer and less flexible choice of rental budget.

In terms of choice of household type, applicants' demand for one-bedroom apartments rose sharply, accounting for 50% this month, 14.3% higher than two-bedroom apartments. This also hints at the positive attitude of applicants towards the UK pandemic, and perhaps a sign of the London rental market before it returns to normality.

Lease lengths have remained largely the same as last month, with 6 and 12 months remaining the preferred option. However, in order for landlords to maintain a virtuous leasing cycle, we would appropriately recommend that applicants moving in during December sign up for 8 to 9-month leases, which ensures that the property is back on the market for next years summer leasing season.

Applicant move-in dates have also maintained the continuation of the trend. It is worth noting that demand for occupancy in January increased significantly (78%), compared to the previous month. If there is still a backlog of applicants from December, then January could perhaps be a very busy month.

03
Summary
The data comparison and analysis that Crown Home Letting has gathered over the last two months is in line with the general forecast of the industry. At present, the London rental market is still saturated with supply and demand, and some applicants with clear requirements still cannot be matched with suitable properties, such as One Blackfriars, Southbank Place and One Crown Place, which are repeatedly popular developments. As more international students return to the UK for the start of the new term, this will inevitably cause demand to rise again in December and January. On the other hand, as the pandemic disrupted the rental cycle of some properties, this has also made it difficult to match the timing of check-outs and move-ins, thus creating a backlog for some applicants. There is hope that rent levels will recover or even surpass those before the pandemic, which indirectly leads some applicants to expand their area of interest.

December and January may be key months in determining the future direction of the London rental market, with the completion of some new developments potentially relieving some of the pressure and demand on the market. There could be another surge in demand from applicants that will take the London rental market to a new level. Let's wait and see how the London market performs in December!